Back to all posts

Like many of us, I had heard about the Women’s March on Washington this past weekend and about all the sister marches taking place simultaneously around the country. One of those sister marches was happening in the small town of Decorah where I live, population 8,127. People were getting together for weeks in advance, having parties, enthusiastically knitting up pink hats to wear in solidarity with the other marches. Someone asked me if I was going, to knit or to march, and I realized that for some reason I hadn’t made up my mind about either one yet.

But really, why not go? It would make a statement, a point, maybe be the start of something, a way to soothe some of the post-election hurt and lift my spirits. Days later I found myself still resisting, and after a little thinking and soul-searching I realized that there was a singular question at the heart of my doubt.

I don’t think I’m cynical by nature, but somehow this is where I’d arrived. Thinking, sure, we’ll put on pink hats and march through the streets and sing a few songs, but then what. What real difference is it going to make when no one is listening or when no one in power cares? Like back in 2003 when we protested the invasion of Iraq, had candlelight vigils on every corner, cities passed proclamations and they still went to war. No one was listening then and I’m not so sure they’re listening now.

In the meantime I had a slight change of heart and thought, I should at least just show up to say hey, we tried. What will it be in a town this size, 50, maybe 100 people, they could probably use an extra body. I parked my car by the co-op and started walking the 5 or 6 blocks to the park where people were gathering. As I walked through downtown I noticed other people walking in the same direction, some of them wearing pink hats, pink scarves. OK.

I got within a couple of blocks and could see a crowd was already forming, maybe as many as 100 people. As I got even closer I realized that I was only seeing the tip of the iceberg, that around the corner there were at least 300 other people, with more showing up by the minute. I found myself inexplicably welling up with tears, music was playing, Blackbird by the Beatles, and the strains of a lyric found me - You were only waiting for this moment to arrive.

I wanted so badly to join in, but every step closer also made me feel like I was on the verge of just completely losing it. Like if someone had so much as looked at me with a caring glance, I might have burst, overripe, into heaving sobs. Why. It was a little like that feeling when you think everyone’s forgotten your birthday and then you realize they’re throwing a surprise party. But why.

I inched closer and then I was inside the crowd.

Imagining going to a march and actually going to a march are not the same thing at all. In the swell of warm bodies my cynicism cracked, and I found myself in the arms of a community song leader where I could not stop crying. I switched shoulders and cried some more, two other people came in and joined the hug, and the why of it became more and more clear. That sometimes the world tells me and people like me that we’re worthless, and how sometimes I find myself agreeing if only to protect myself from being blindsided by hatred and bigotry.

As Shawn Colvin sang, You don’t have to drag me down; I descend.

We started marching down the main street, singing and chanting - by that time there were well over 500 of us and we were making a lot of noise. There were supportive onlookers and also a couple of businesses that didn’t look too happy either about the protest or what it represented. The woman next to me said, they don’t need to be upset, we won’t bother them for long.

And I had this epiphany, which was - maybe part of what got us into this mess was the inability to raise our voices, this trained submission that tells us it’s better to be polite, to not make waves, to not inconvenience people no matter what's at stake.

I half-think, and sometimes more than half, that this is what despots and tyrants hope for and want to foster in their populace, this feeling that softly murmurs, What’s the point. What’s the point in marching, in protesting, in writing letters, in phone calls, in Facebook posts, in any of it. It’s not worth the trouble. But there is a point, and part of that point is to find comfort in each other, to support each other, to begin to realize our empowerment together, to count our numbers, to practice raising our voices, our collective consciousness, to practice standing up, to practice pushing back in the ways we can, to practice action over inaction.

To practice until speaking out feels as natural as holding back once did.

I was proud to march today, proud to see my brothers and sisters and others around the nation and the world practicing, flexing our hearts, our intellects, our bodies, remembering who we are, raising our awareness, speaking up and speaking out and yes, inconveniencing the world for the sake of standing up against a multitude of grave injustices past, present and future.

Rumi once said, sell your cleverness and buy bewilderment. I would add to that, sell your cynicism and buy the sweet, aching taste of disappointment. And know that the source of that ache is the sometimes vast space between what is, and what is possible. Is it possible. Can we. Are we able to. I find myself hesitating a little when I say, I am powerless, nothing makes any difference, what’s the point.

For now I feel content to let that be source of my doubt. 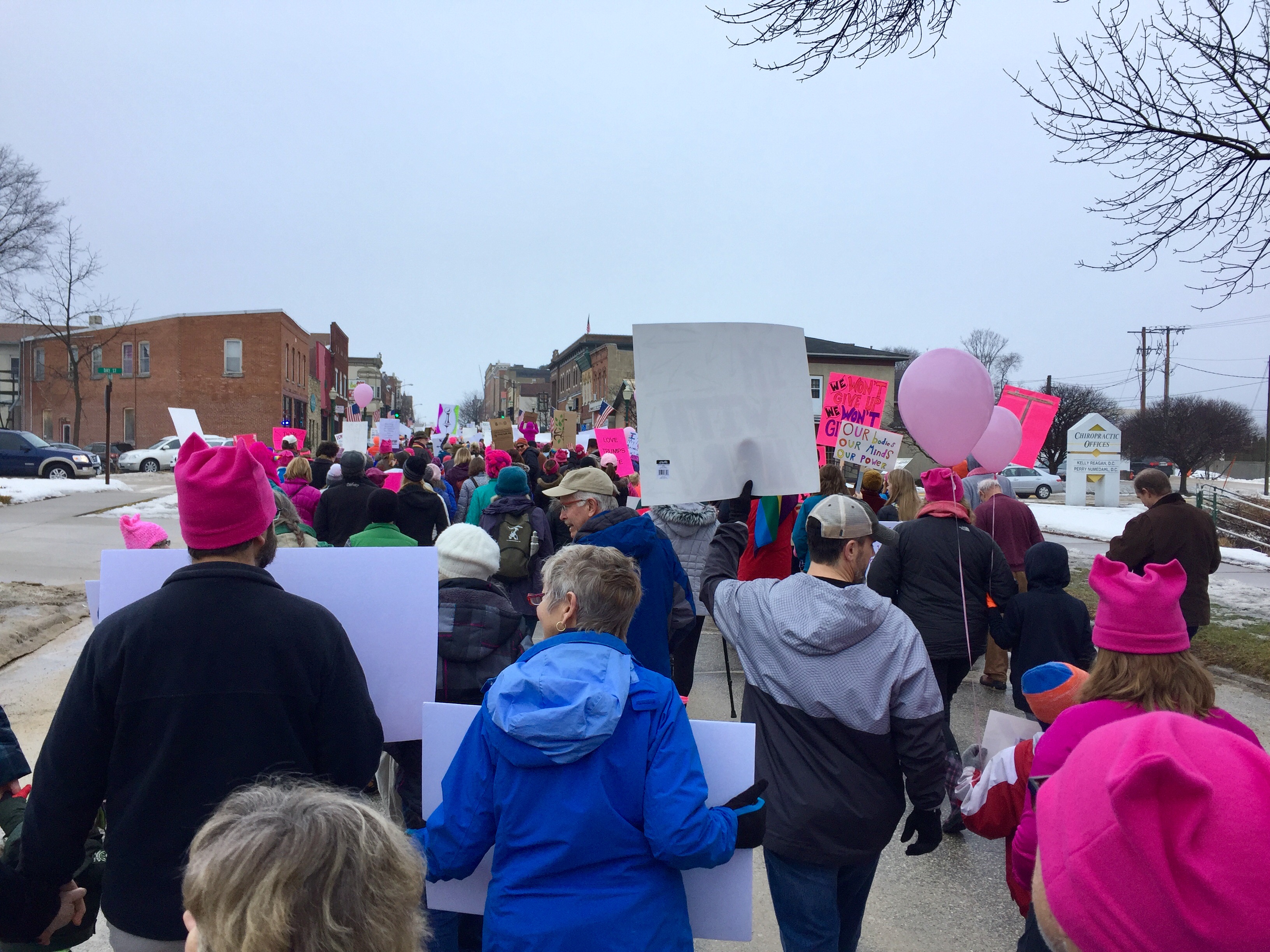 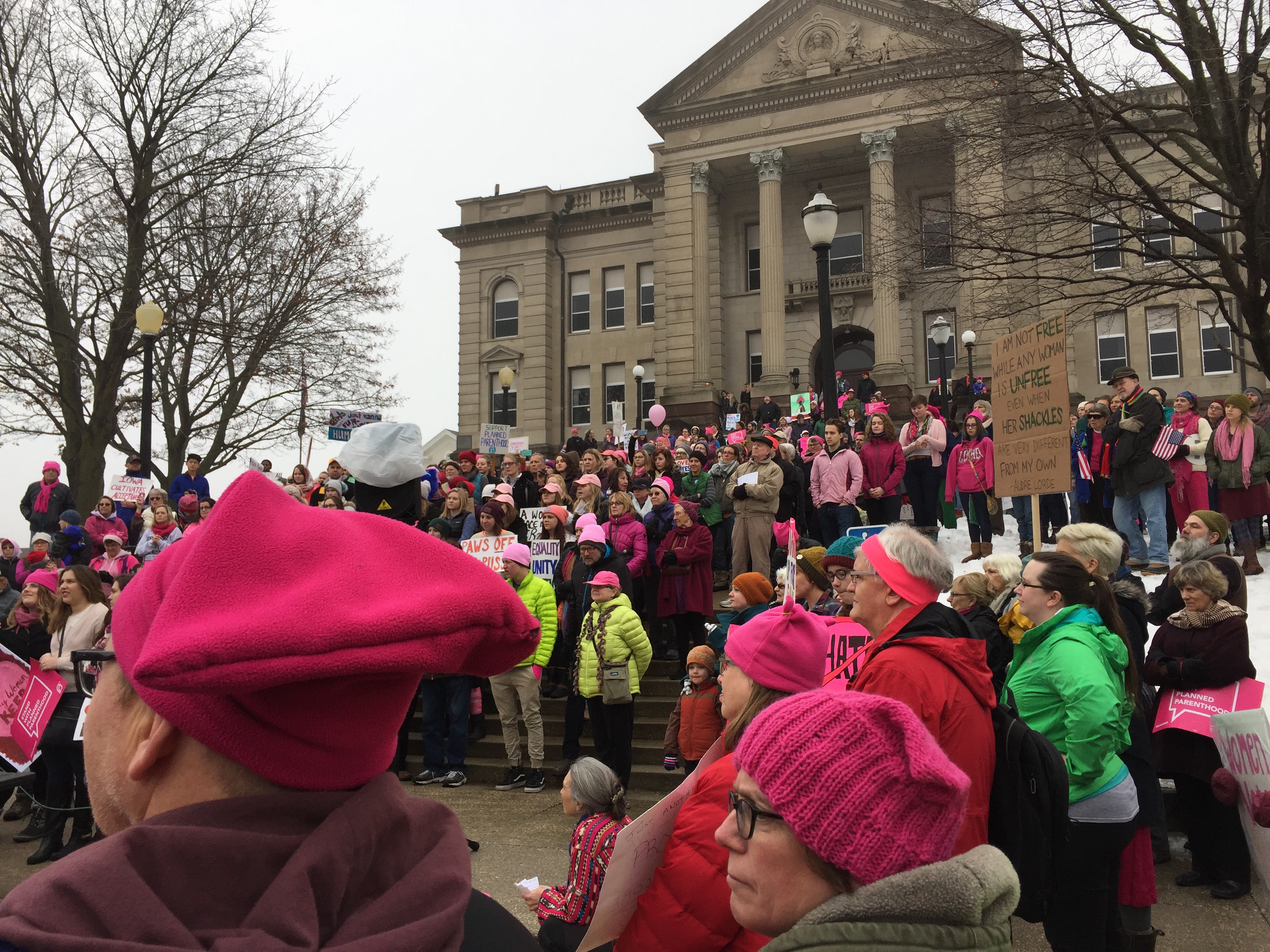